This kicks off a flurry of new painting posts! I’ve been getting ready for the show for the West Linn Everybody Reads Event, which means I’ve been painting more than I’ve been blogging. You can expect several new posts in the coming days.

The Oregonian posted an article about West Linn’s Everybody Reads Program, which kicks off February 1st and runs the entire month.

I’ve been tinkering with this painting for a few months now, and with some tweaks and the addition of my new favorite paint color (perylene violet) it was finally done. 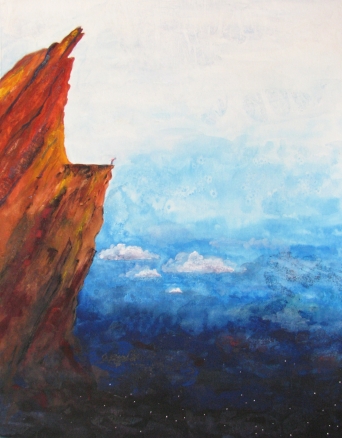 Prints can be found on RedBubble, and I’ll post the original to ArtFire after the show is over.