Messing About – More Work in Progress

I had a really lovely day working on these two pieces while I listened to early ’90s Canadian rock (Rheostatic’s Melville and The Tragically Hip’s Day For Night, for those of you keeping track at home). I worked on the still untitled map piece first, until the whole thing was was covered in wet paint, strips of wax paper, and kosher salt. 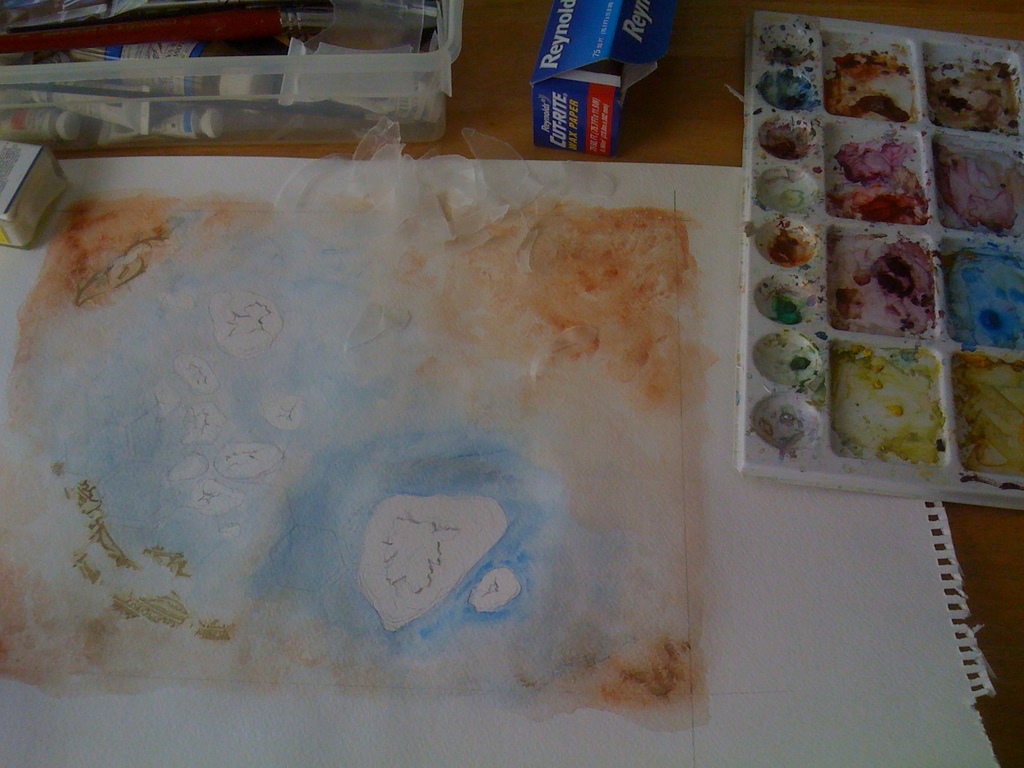 The kids were quietly playing upstairs (I had gone up to check on them and was summarily dismissed), so I decided to work on Moon Tree (Summer) while the other painting dried. I was annoyed by how sloppy I’d been so far, and I spent a fair amount of time cleaning up edges and layering on color. I don’t really like the position of the bird and the branch, so I may make the branch a little lower.

I switched back to the map for a while, until I was ready to move on to painting the rocks themselves. That sounded intimidating, so I switched back again. Unfortunately the next step was painting the bird, so I had to just jump in somewhere! Working with the black is always a little frightening, because it is just so final, and if I screw up it is hard to fix it. I’m pleased with how it went, though my hand is still recovering from the painstaking work. At least I had the foresight to block off some areas with masking fluid, so I was able to simply fill in those spaces with paint. 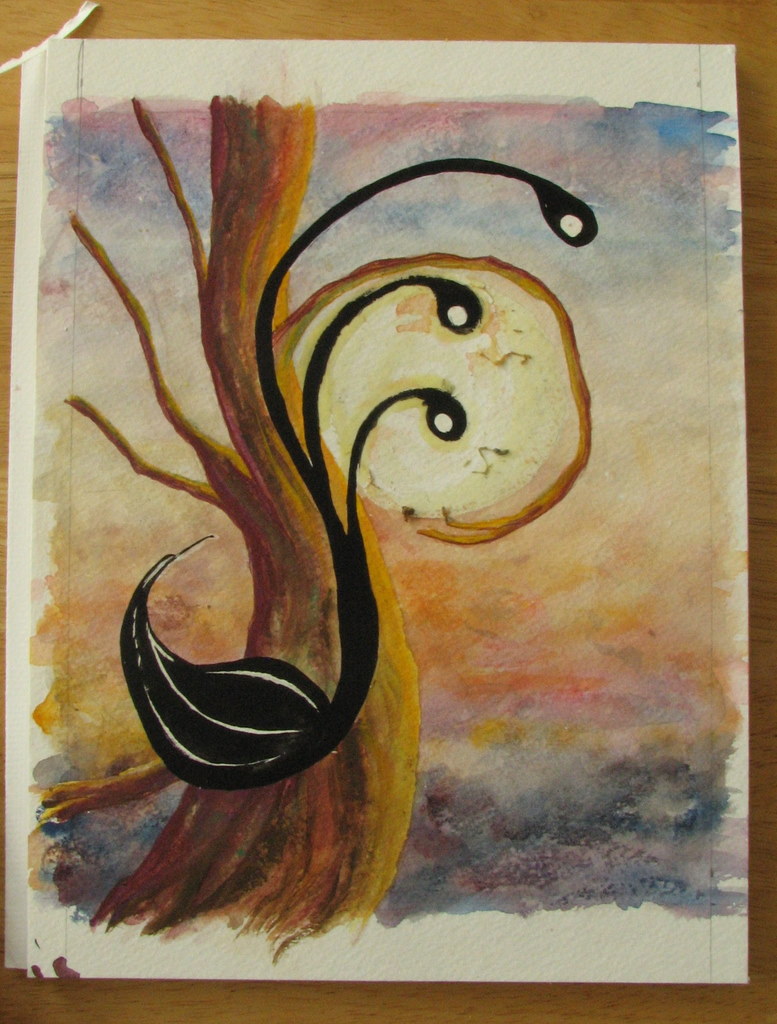 I’m going to fill in the white parts of the bird with red. The bird really needed to dry, so I decided to tackle the rocks on the map. Part of my problem is that I’m not sure how I want to paint them! In the end the rocks (or islands) will appear to be cracking open. I want the new areas to be bright and jewel toned, and I wanted the “skin” that is peeling away to be a dull tan color that has hints of the color of the new rock below. I mixed together white and sepia and a tiny bit of red and purple when needed. 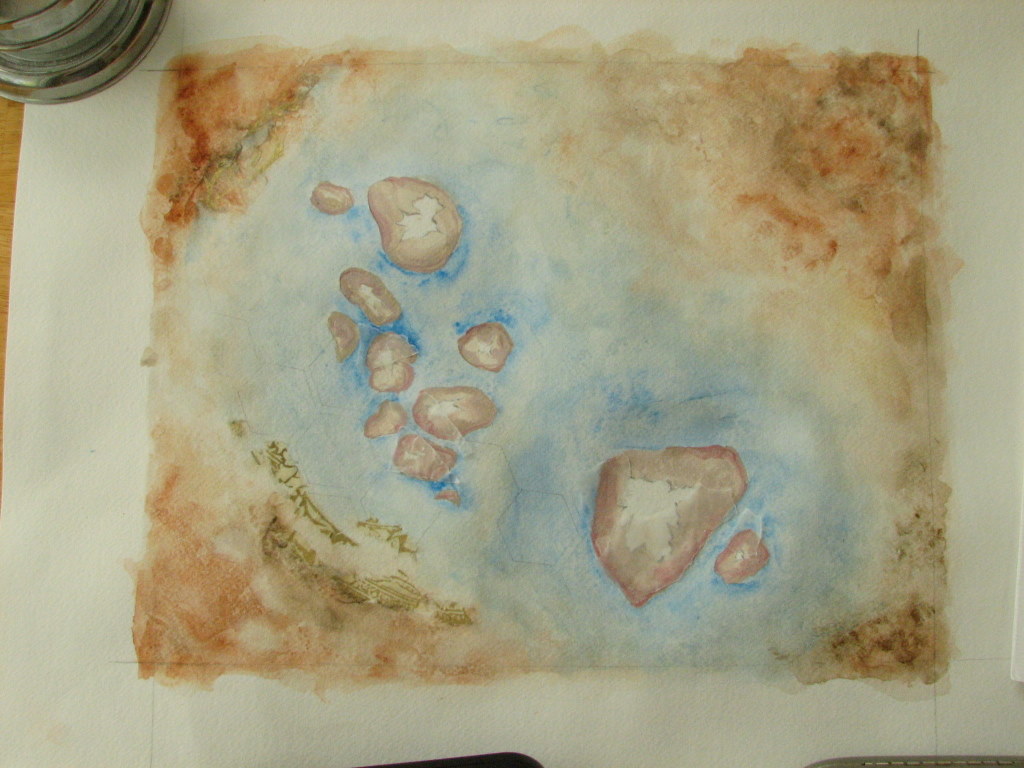 I’m pretty excited with the progress!