You may remember that I did a painting back in January based on Ursula K. LeGuin’s A Wizard of Earthsea titled Full Cold Moon. The name Full Cold Moon is one given to the full moon of December, especially one that falls close to the winter solstice. As I was driving down to my mom’s house in California this summer, listening to Duran Duran, I had the brilliant idea to create 11 more paintings based on the full moon names for the other months of the year. I thought I should do this in time for my show at Oblique Coffee Roasters in November. Sixteen days from now. I may have gotten a little ahead of myself…

It would appear I have a lot to do in the next two weeks! 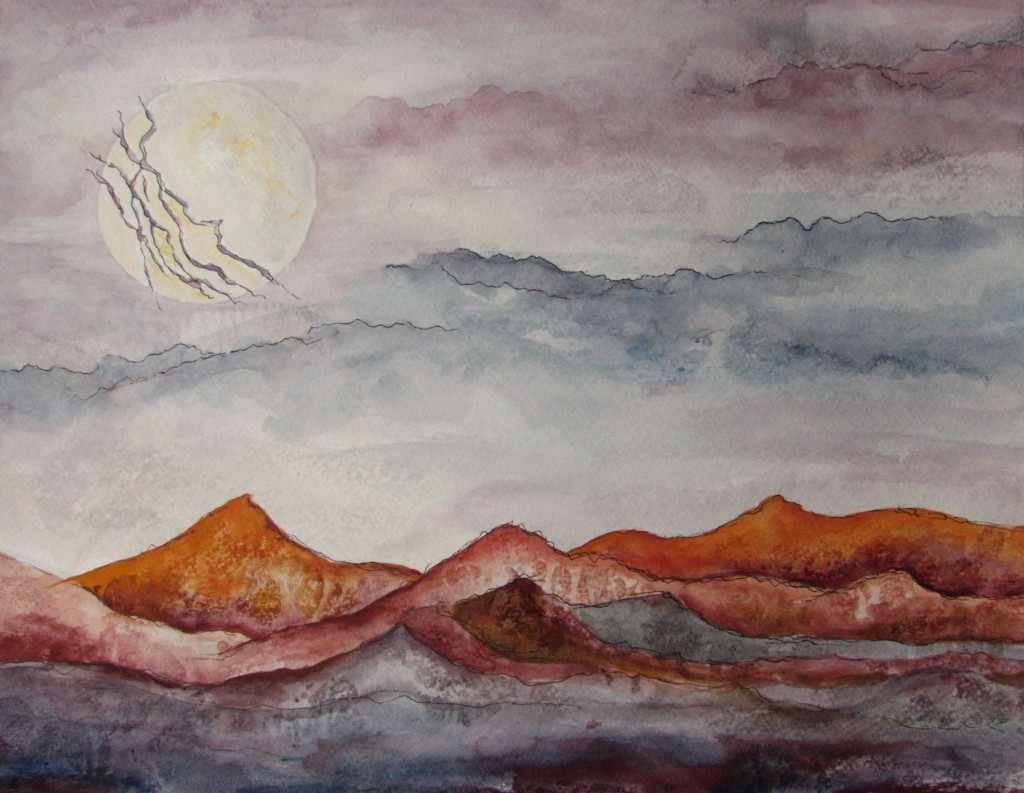 And here is September’s moon – the harvest moon. 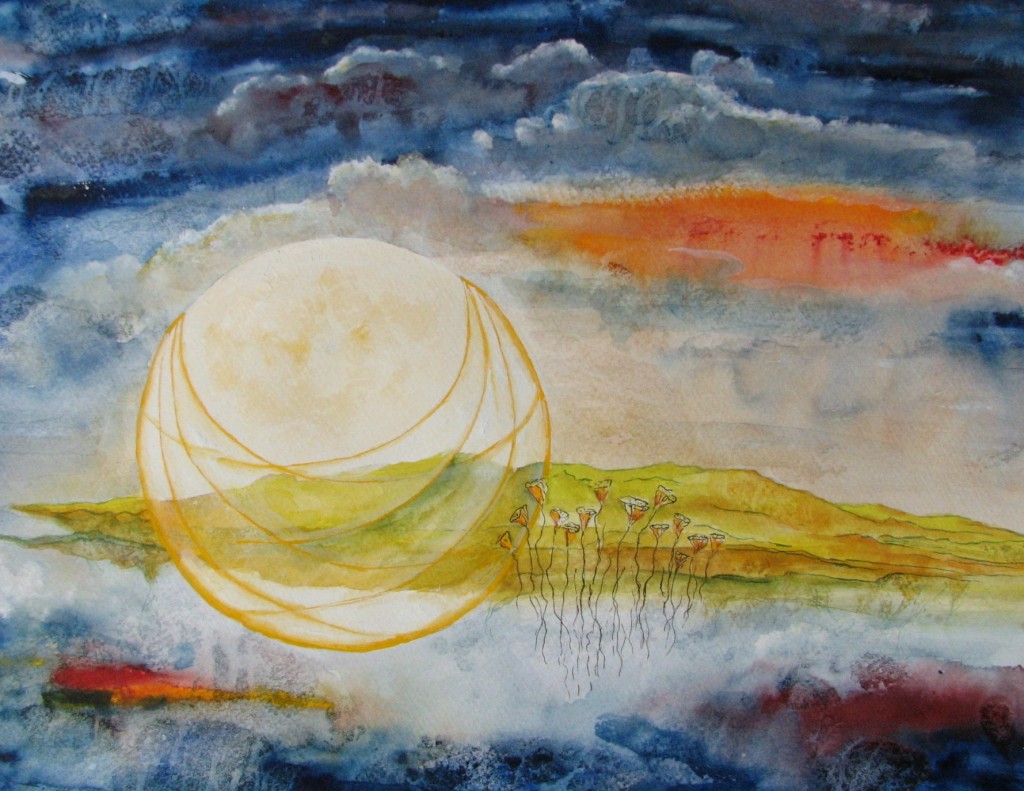 These will be for sale at the show. I’ll put them up on Etsy once it is done.