I thought I’d share all the photos I took during the making of my painting “Stars Come Down in You”.

The idea for the piece first made its way into my mind when I heard the song Ghost In You by the Psychedelic Furs. It is a song I love, and I hadn’t heard it in a while. I heard the line stars come down in you and visualized a multitude of stars cascading through the dark.

Soon after that we watched Percy Jackson and the Sea of Monsters. There is a part in the movie where they are in the belly of a giant monster, and the walls of its stomach were quite beautiful. The painting started to come together a bit in my head.

The final tipping point was watching the first episode of the relaunched tv show Cosmos. The images were so beautiful and it gave me the final push to make something out of the nonsense floating around in my head. 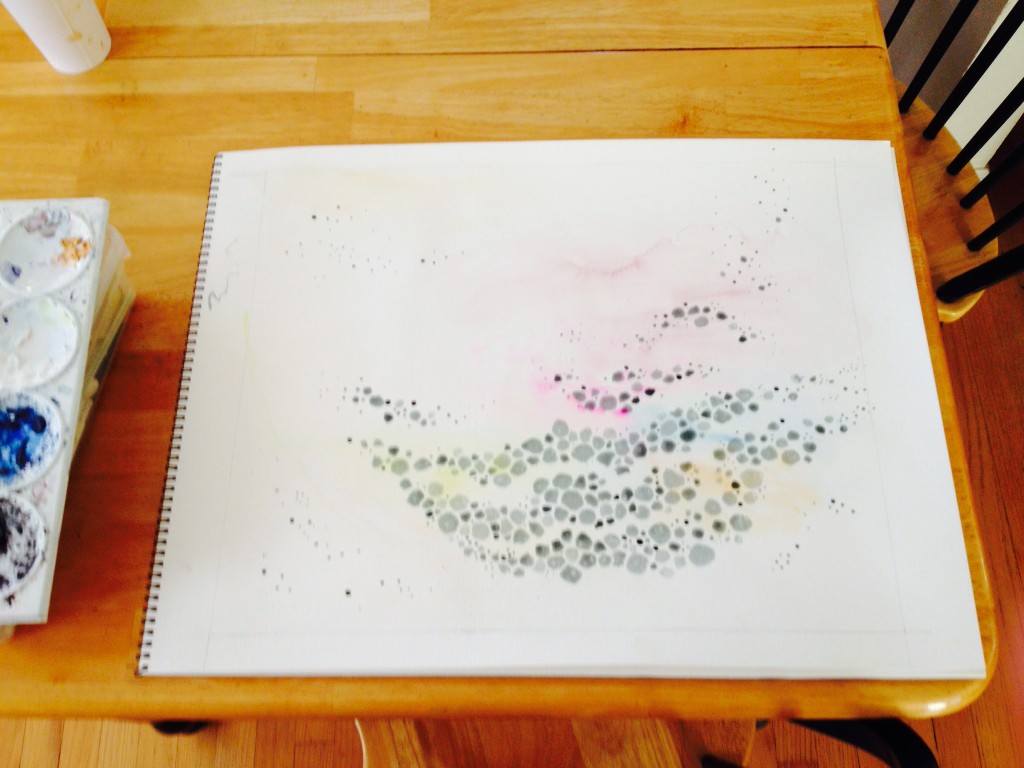 The first thing I did was put some light washes of color down. I was picturing the monster from Percy Jackson, so my intention was to put down some color, block over that color with masking fluid, and then paint darker colors around it.

I didn’t really have a plan for the dot/star pattern. I figured it didn’t matter, if I didn’t like it I could wait for the masking fluid to dry and then peel it off and start again! 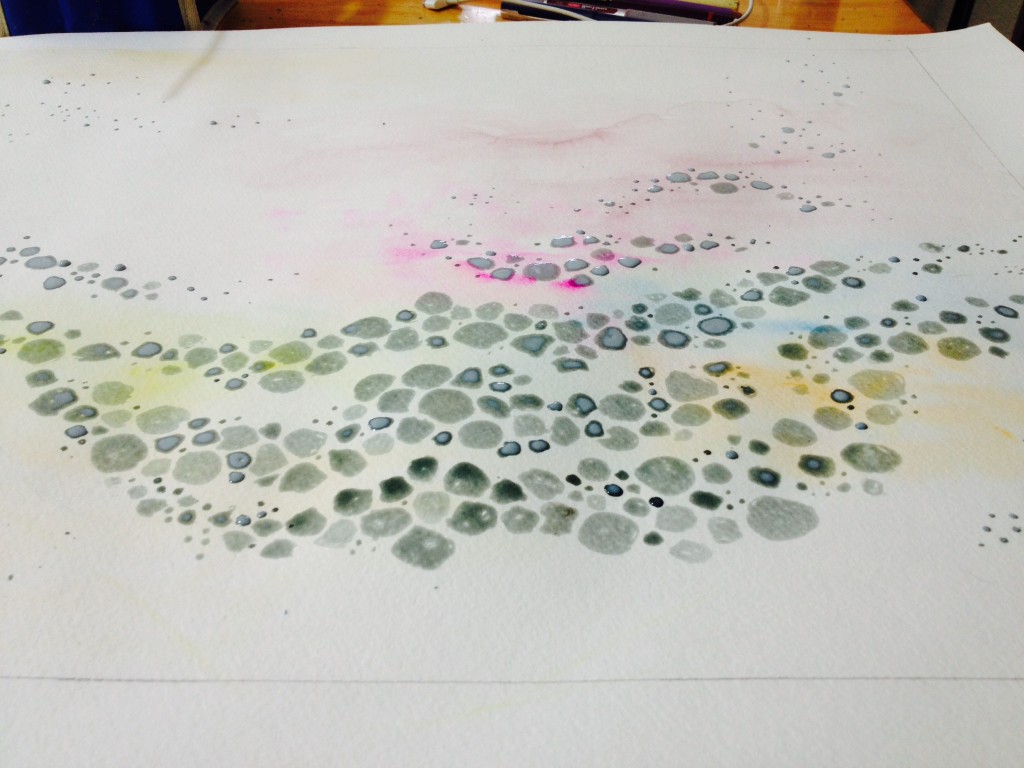 After I done with the masking fluid I was ready to paint over the rest of the paper. This painting is 16″x20″, which is a larger size than I usually paint. My sort of “sweet spot” for painting is 11″x14″, but sometimes I just really want to do something bigger! Then I struggle with coverage and wish I had bigger paint brushes and swear off larger paintings for a while. I think the hard part is that I rely on manipulating the wet paint, and if the area I need to cover is too large some parts dry before I can mess with them.

Of course, by “messing with them” I mean slapping down wax paper on the wet paint and letting it dry. The areas where there are some funky shaped chunks of color are spots that have already been wax papered. 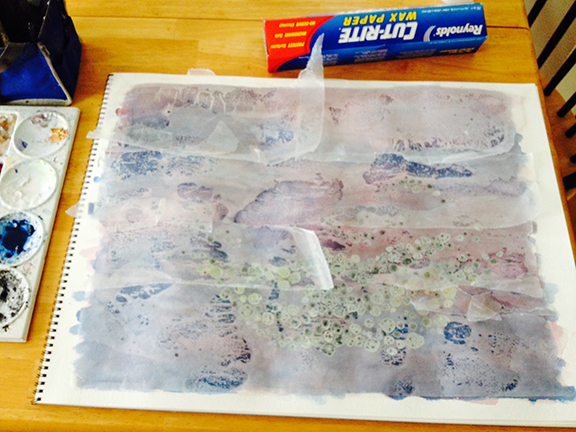 I did this for a while – laying down paint, laying down wax paper, letting it dry. After a few sessions I got really impatient, so I decided to just squeeze out paint directly from the tube onto the paper. That got me some results! 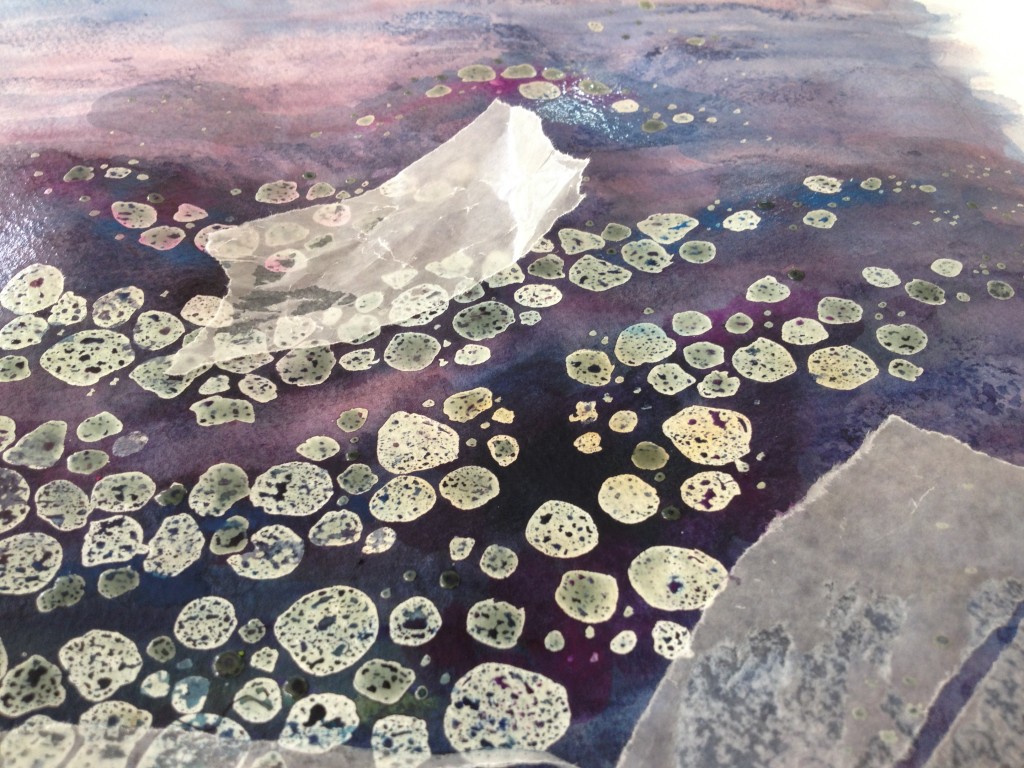 Now we are getting somewhere. I dropped some white into the areas that had the heaviest amounts of wet paint, and let them flow around on their own a bit. 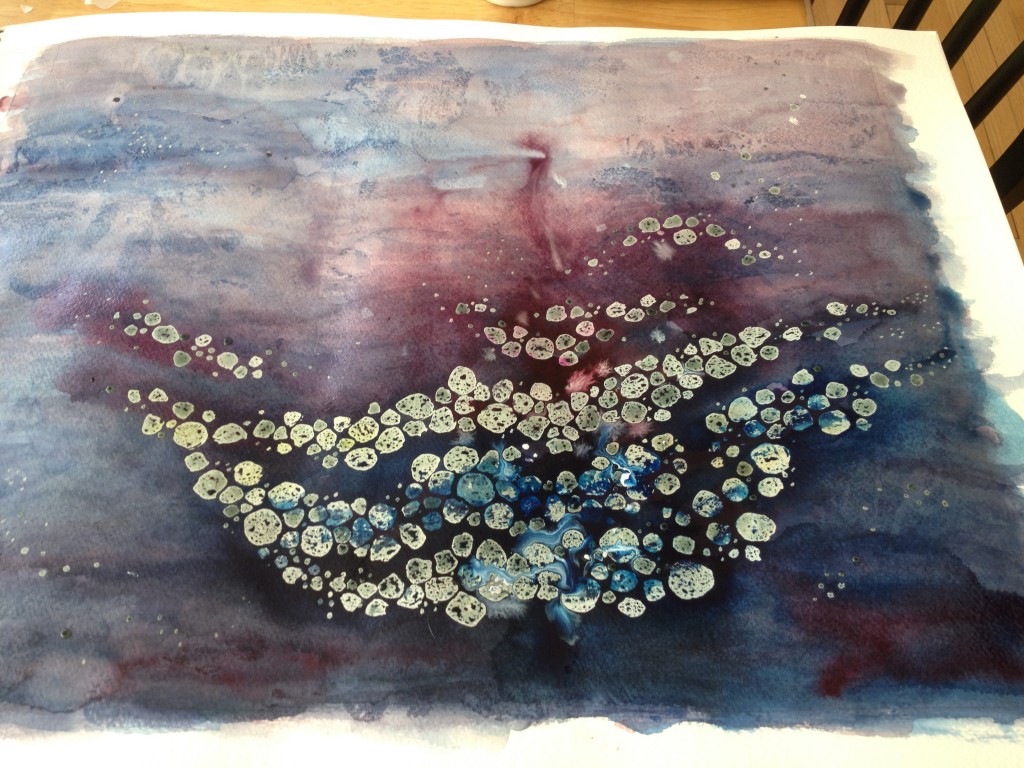 Once I was satisfied, I peeled off the masking fluid. The photo below shows a before and after of that step. I was disappointed with how light the paper was underneath the fluid. It almost looked like I hadn’t painted it at all. 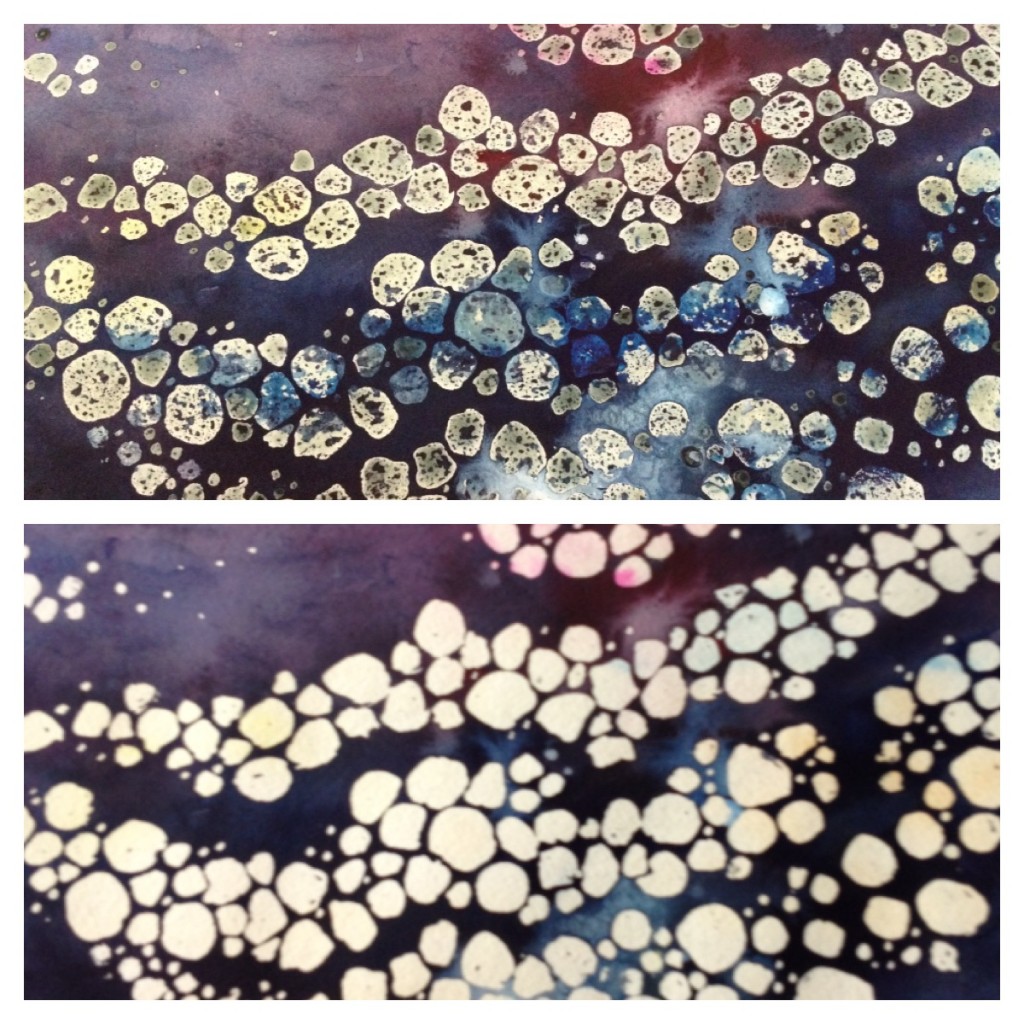 I gently washed some color over the stars. In doing so it picked up some of the paint from the surrounded areas and washed that over the stars as well. With just a little manipulation I ended up with a painting I was really satisfied with. 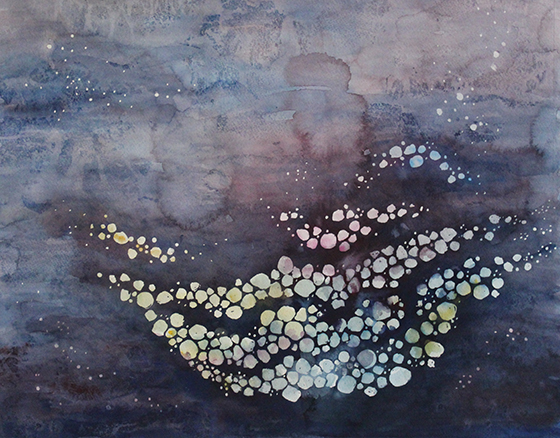 I’m going to cut a mat today and get it ready for my show at Case Study Coffee next month.

The original is available on Etsy, prints and things at RedBubble and Society6.

If you have any questions about this painting or my process, ask away!