Derek is always listening to new music, and recently he got into a band called Pocket Vinyl. I’ll let the band tell you about themselves…

Eric plays the piano while Elizabeth paints on stage.  The paintings are then sold at every concert to the highest bidder.  They’re married.  They’re from New London, CT.  They’ve released 3 albums, the most recent of which was “Death Anxiety” in 2013.  Their 4th is coming in Fall 2015.  They invented the world’s first “MP” (short for “mini play”).  They’re full time musicians working on a DIY level.  They sleep in their car sometimes and love it.  Eric likes board games.  Elizabeth loves animals.  They’re trying very hard to be your favorite band.

They came through Portland, playing at a tiny Doctor Who themed bar in town. Any time Eric was playing a song, Elizabeth was painting. I documented her work as she went. Apologies for the grainy cell phone photos! 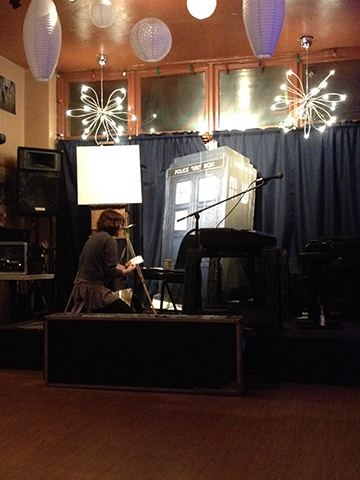 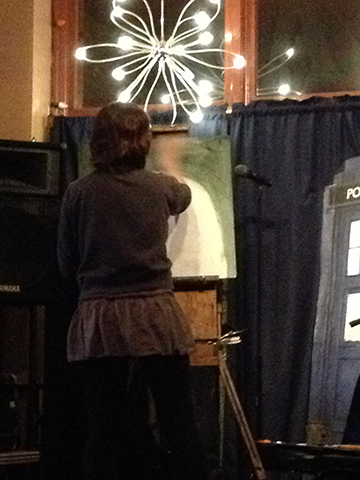 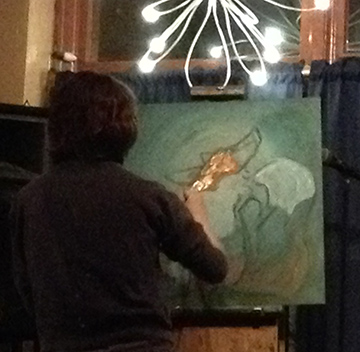 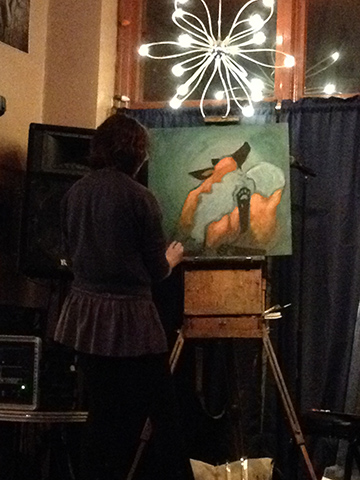 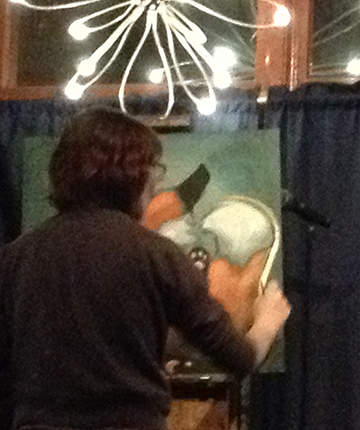 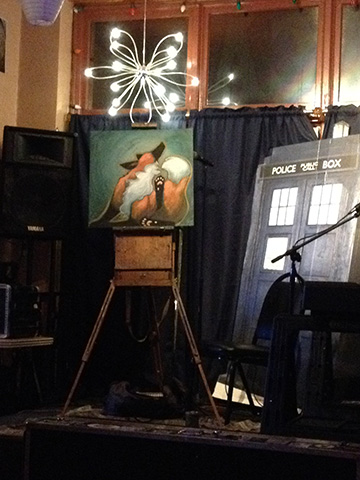 Isn’t that great?! I fell in love with it, so we bid on it but didn’t win. 🙁 It was really fun to watch her paint throughout the show.

Go here to see more of Elizabeth’s art, including this picture she drew of Derek’s Facebook avatar: 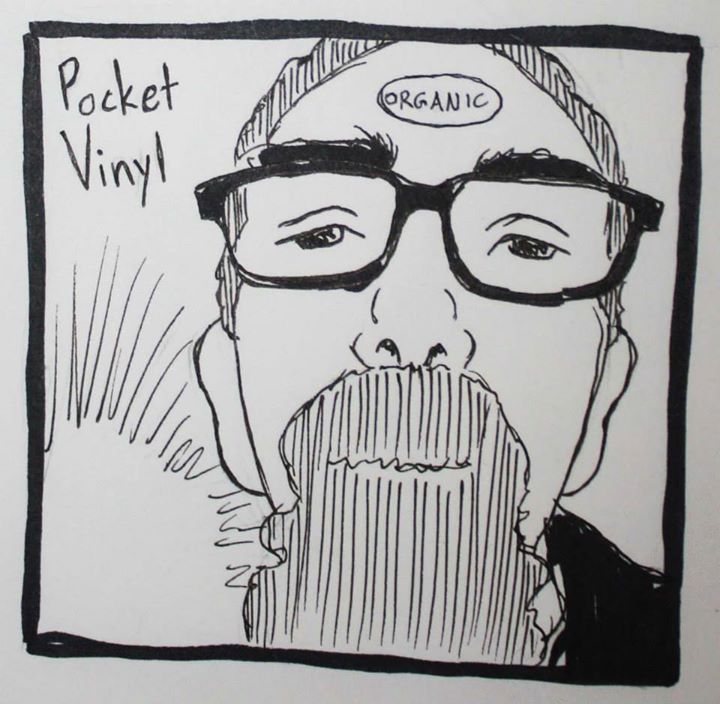 Here is a video of their song Don’t, for your listening pleasure!

If you get a chance to see them, they put on an amazing show. A+ would see again!