I’m Part of a Kickstarter!

Again! I was so fortunate to participate in last years’ comics anthology Unlawful Good: An Anthology of Crime, which was fully funded on Kickstarter.

Today writer Mario Candelaria and artist Ashley St. Lawrence launched a Kickstarter project for the comic Comare, which I am lucky enough to color.

Comare is a story about lust, betrayal, desperation, and obsession set against the backdrop of old Hollywood.

This fully colored twenty page comic book is the beginning of a six issue mini-series that harkens back to the dramatic romance comics that dominated sales alongside superhero books throughout the 1940’s and 50’s.

This project has been really fun to work on so far. I love getting to look through old photos for pictures of Hollywood hotels that are no longer a part of the landscape of Los Angeles. I spend way too much time researching car colors and make-up styles of the late 40’s and early 50’s.

Here is page one of the story: 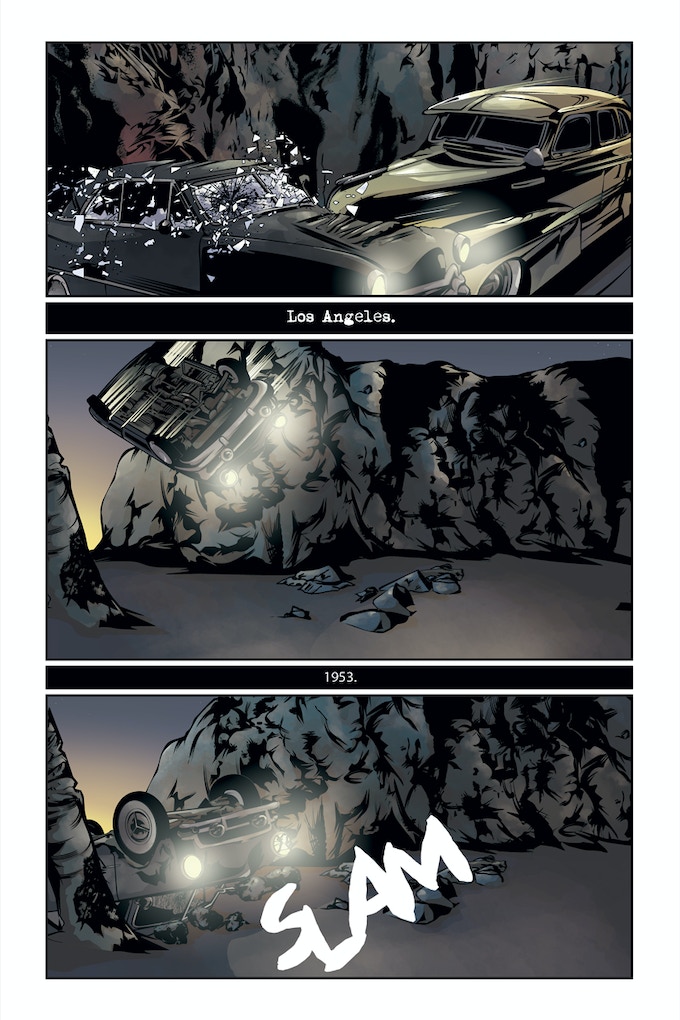 If you have a minute, please be sure to check out the campaign. A lot of time and effort has gone into it, and some of the rewards are really great! As with most Kickstarter campaigns, even those $1 donations add up fast.

Thank you for your time, and for supporting my art no matter how I express it!