I’ve been into music ever since I was a kid. I used to love ABBA and John Denver, and on family vacations my parents got so sick of my asking them to play those cassettes over and over. I remember sitting in the back seat, lining the tapes up alphabetically  and then suggesting we play them in order (first up: ABBA!).

In high school it was Black Celebration by Depeche Mode. In college I fell in love with Peter Gabriel and listened to Sixteen Golden Greats on repeat while I tediously stippled a picture of a sand dollar in my dorm room. There was the summer I delivered flowers all over Los Angeles and listened only to Yes. Fully Completely by The Tragically Hip, Gordon by Barenaked Ladies, Lost and Gone Forever by Guster… I’m the kind of person that finds themselves drawn to an album or an artist and for a few months that becomes all I listen to.

My husband introduced me to Neutral Milk Hotel, and for the past year I have listened to In the Aeroplane Over the Sea more times than I can count. The lyrics and mood of the songs has shaped many of my recent paintings. 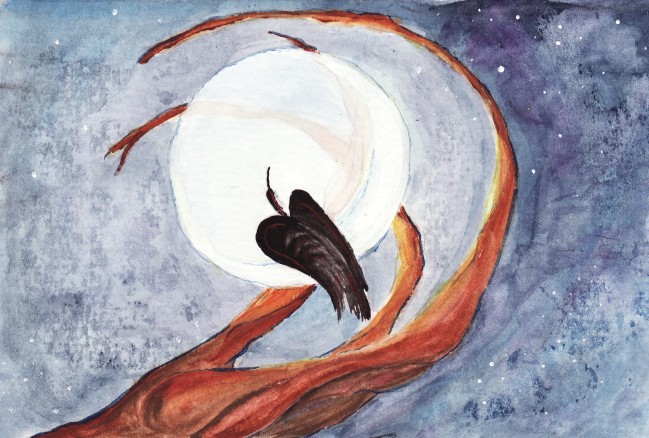 Ghost, ghost, I know you live within me, I feel you as you fly 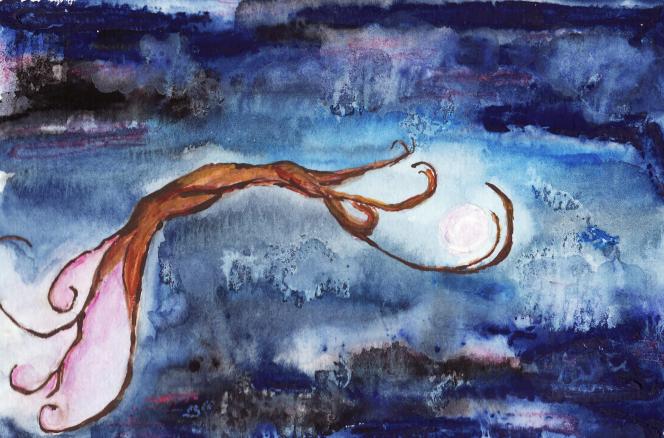 All drenched in milk, in holy water, pouring from the sky 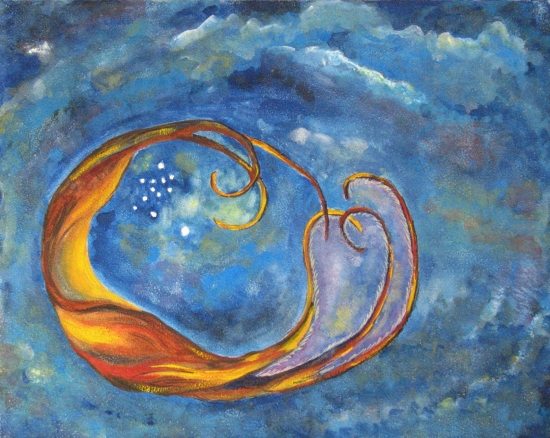 What a beautiful dream that could flash on the screen in a blink of an eye and be gone from me, soft and sweet, let me hold it close and keep it here with me

Last night I was so fortunate to see Neutral Uke Hotel at the tiny Mississippi Studios. Their mission statement is simple: “to unite obsessed fans of Neutral Milk Hotel for a live performance of their critically acclaimed “In the Aeroplane Over the Sea” album, played in its entirety on ukulele by Shawn Fogel, with accompaniment from members of Golden Bloom and The Motion Sick.” It was so much fun! The crowd was so into it and everyone was singing along. Here is a video of one of my favorite songs off the album – Ghost -from one of the stops on the tour.

How does music affect your life?